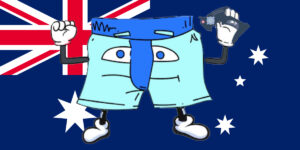 MR Fancy Pants Blog #2 -Would I Race in America again?

Would I race in America again? It’s the question I’ve asked myself a few times now and the answer really isn’t very clear. I’ve been twice now, the first time to go to the DNC and the second time the Vegas worlds. There is no doubt the hype that circles the DNC is exceptional, defined by a legacy which stretches back decades, it’s the iconic 1/8th race. The DNC tracks have changed expectations of what 1/8th can race on, and for good reason they are pretty gnarly.

It’s was something as an rc enthusiast I just had to do, but to say I had a great time is like saying I enjoyed a hang over. It’s a race that attracts up to 700 “entrants” which in reality is closer to 300 drivers. The part I struggled with was waiting for 14 hours for 14 mins track time, this is the part you don’t see when you watch the epic videos made about the race. Sitting in the pits for 14 hours and you start to contemplate whether you should skull the bottle of losi 40wt or spray WD40 in your eyes. Now yes I hear you saying already, oh it’s the nitro challenge not the nitro easy blah blah blah. It’s the legacy of this race that everyone keeps coming back for, not the good experience they get now. Sure the track is epic but you rarely get to race on it. The only way you get more track time is by entering into the 30 possible classes available, sportsman, sportsperson, sports nonbinary etc. It’s really an impressive business model but god damn it’s bad for the racer.

For context I guess I need to explain the general experience of racing in Asia. You fly in and one you don’t need a hire car, taxis are cheap and the hotels are just as cost friendly. The main draw card however is, it’s just one class! Yes that right generally there are about 120 drivers and they all nominate into one class…1/8 buggy that’s it. From the moment you turn up to the track the pit area is set up for everyone, you get an actual table and chair to use (unlike dnc, need to bring your own, wtf), and the weekend always starts off on the Thursday with open practice. Limiting the race to about 120 drivers and having open practice makes the event feel more relaxed but more importantly gives you the opportunity to get your monies worth by providing a lot of track time. The DNC runs to midnight/1am plus and then you slink back to your hotel room to wake up early and do it all over again, I’m back to the WD40 in the eyes. A race day is supposed to finish about 4pm, this gives you time to get back to the hotel, shower and head out with your friends to dinner. This is the part that is really missed at these massive number races, there is just no downtime to enjoy with your mates.

It’s clear that multiple classes assists in raising more revenue to the financial benefit of the club/business. In most cases for every major race however a track is rebuilt completely from scratch so there is a lot of machinery and labour cost to recoup. This brings me back to the requirement of creating a new track for every major race. It’s mental. You can see why in Europe they keep the same track and layout for years, its so more cost efficient. They can keep to one class and not have to chase massive income, as the track rebuild cost isn’t there. Montpellier being one of the most prestigious races in Europe has been the same layout for as far back as I can remember, do the numbers drop off because it’s the same layout, um no. In Australia we have had the same obsession with rebuilding tracks but it just has to stop. Clubs struggle financially because we put this unrealistic cost burden into the racing expectation. The age-old argument of home advantage will continue, however the top drivers will still be fighting for the win regardless. It may be hard to admit, but I think the Europeans have really got the best system. Their races have a suitable number of entrants, which enables reasonable finish times and they aren’t creating a new track for every race they hold. The main group of pro drivers travel around which brings exposure to a number of tracks and places around the world.

The racing in America is just different though, they like to have the track changed up and have the track evolve from a smooth surface to character developed moonscape. It is after all off-road, we shouldn’t be driving on a hard packed surface all the time should we? That’s fine, I do like driving on that sort of surface from time to time, the problem is after the event the track is destroyed and the cycle of rebuild and money spend is forever required. If a beginner turns up to the track after a major races has occurred and the track is blown do you think they will enjoy exploding off the track and having to walk down from the drivers stand every two laps? They are packing their shit and are out of there. It’s a fine balance to having a ‘real’ offroad track, I can see the enjoyment in new tracks and a real offroad surface but on the other hand a treated surface and a permanent layout is going to in my opinion grow the hobby in more sustainable way.

If I was ever to go back and race in America I would definitely not go to a major race, there are lots of wicked tracks there which do spend a lot of time making a real offroad experience. Thunder Alley is an awesome facility surrounded by an epic landscape, hitting this track for a club race or a smaller event would be worth the investment of travelling back over. I just wonder what it would be like if a major race was put on at Thunderalley where they limited the entrants, made it one class and raised the entrant fee slightly if people would enjoy the race more. My thought is yes. I think its important that normal races get to race along side the pro’s though, so having the top 20 positions locked for pros and then the remainder open but all racing in one class would in my mind be the best way forward. The Neo race did this, capped the entrants and made it first in best dress for nominations. Dialed. 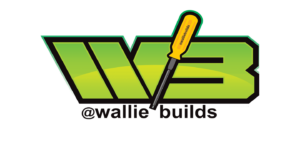